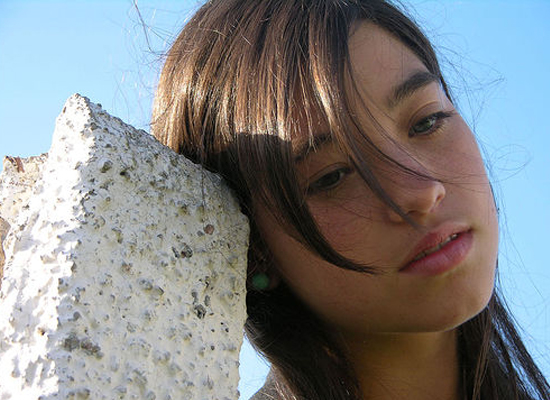 Depression like teenagers comes in all shapes and sizes. The term depressed can be used quite loosely at times. How often might we hear in a group of teenagers the phrase, “I’m so depressed”.  In reality, they probably are! Depression has been broken down into several types with similar but varying characteristics. A few such types of depression are major depression (also known as clinical depression), dysthymia, bipolar disorder, seasonal affective disorder and adjustment disorder with depressed mood. Knowing the differences can enable parents understanding when seeking treatment for their teen.

Sadness lasting longer than 2 weeks is a common symptom of major depression Teens are naturally emotional with all the bodily and hormonal changes developing during the adolescent phases but prolonged sadness is a sign of depression and should be gauged and monitored closely. Major depression can prevent teens from finding pleasure in regular activities they once enjoyed. Teens compared to adults differ in response to depression. An adult shows more signs of melancholy behavior whereas a teen will become more irritable and angry. Recognizing changes in behavior is the first step in diagnosing major depression. Other symptoms of major depression may include sleep disorders, slow in motion, lack of concentration, disassociation with social events, frequent changes in mood, declined interest in school, poor grades, loss of self worth, helplessness, hopelessness, low self esteem, feelings of guilt, and thoughts of death and or suicide. As parents become aware of obvious changes in teens behavior, the better off the depressed teen will be. It has been found that teens who share their feelings of depression to someone have a higher success rate of being cured and or spared of depression. Medication is an option but is not recommended for teens 18 and under. Psychotherapy has been found to be more successful. Although in some cases, medicines are a wise choice in helping the teen.

Dysthymia disorder holds the same characteristics as major depression but not as severe. It is a chronic illness lasting longer than major depression. Sometimes it can start in childhood and go undiagnosed assuming the child has always been an emotional or moody person. The sad or hopeless disposition may be passed off as the child’s personality and go on for many years untreated. Dysthymia disorder lasts every day for 2 years in adults and 1 year or less for children or adolescents. Adolescents will show more signs of irritability than the more common symptoms of depression. Teens with this disorder will struggle every day for 1 year with despair and hopelessness. By evaluating the teen’s behavior and mood patterns over extended months, a correct diagnosis can be made. If left untreated, a more serious depression can occur. Similar treatments used with major depression may be used for dysthymia disorder. It is possible to completely recover from dysthymia but some may need maintained treatment throughout their life.

Adjustment disorder is more prevalent in teens than adults. It is the reaction to an event that occurred within the last 3 months. Stressors as they are called set off a string of emotional turmoil causing the teen to show symptoms of depression. The events can be quite traumatic but relevantly minor such as breaking up with a boyfriend or girlfriend, moving to a new area, or not getting an “A” in a subject in school they worked diligently on. Depending on the support from friends and family can determine the length or severity of the symptoms adjustment disorder can bring. Talking about challenges or heart breaking events with family or peers can reduce the intensity of the low mood substantially. Parents can teach their children how to problem solve when situations arise and show them when one door closes, another one opens. Looking on the positive side of things can also help. Helping the teen to put things into perspective may allow them to see that things will get better and this feeling is only temporary.

Bipolar disorder could be described as one person on a teeter totter running back and forth allowing the teeter totter to go up and down or finding balance when standing in the middle. Moods in a person with bipolar disorder go up and down just like a teeter totter. They can be invigorated with the thrill of going up (mania) but then be left devastated as the plank goes downward (depression) with a jolt. The bipolar patient can find balance at times especially with treatment which is highly recommended with bipolar disorder. Also known as manic depression, bipolar disorder refers to levels of high and low in mood changes. The first occurrences of bipolar may appear in late adolescence and early adulthood. A lot of times the symptoms will go unnoticed but can escalate overtime causing inability to function in everyday settings. The manic end of the spectrum involves high energy levels with impulsive tendencies, unable to concentrate, moving from one idea to the next and reckless behavior. The depressed end of the spectrum shows hopelessness, lack of sleep, irritability, and thoughts of death or suicide. Sometimes patients with this disorder will not seek help because of the way they feel when they are “up” forgetting about the downside to bipolar disorder. Medication is the first choice when treating bipolar disorder but alternative talk methods can also be affective.

Seasonal affective disorder or SAD carries the same symptoms of depression with the exception of occurring the same time each year during a specific season. A change of sunlight during the winter months has been a known cause of SAD leaving researchers to believe the importance of sunlight to the brain in producing key hormones that affect mood. Experts believe that two hormones melatonin and serotonin are linked to SAD. High levels of serotonin can act as a shield to fight depression. Serotonin is heightened with exposure to sunlight but when decreased, specifically during the winter season, can cause acute levels of depression. High levels of melatonin are produced in the body when it’s dark or when days are shorter such as during the winter months. Sleep is associated with melatonin causing a person to feel more tired and immovable. Seeking sunlight through exercise or outdoor activities during the winter months can help prevent seasonal affective disorder to keep the hormones in check.

Recognizing the different types of depression will allow an open tunnel for learning the best treatment for the depressed teen. No two persons are alike just as affects of depression can differ. Take notes, talk to someone, bask in the sun, and seek the help needed for a healthy and balanced life.