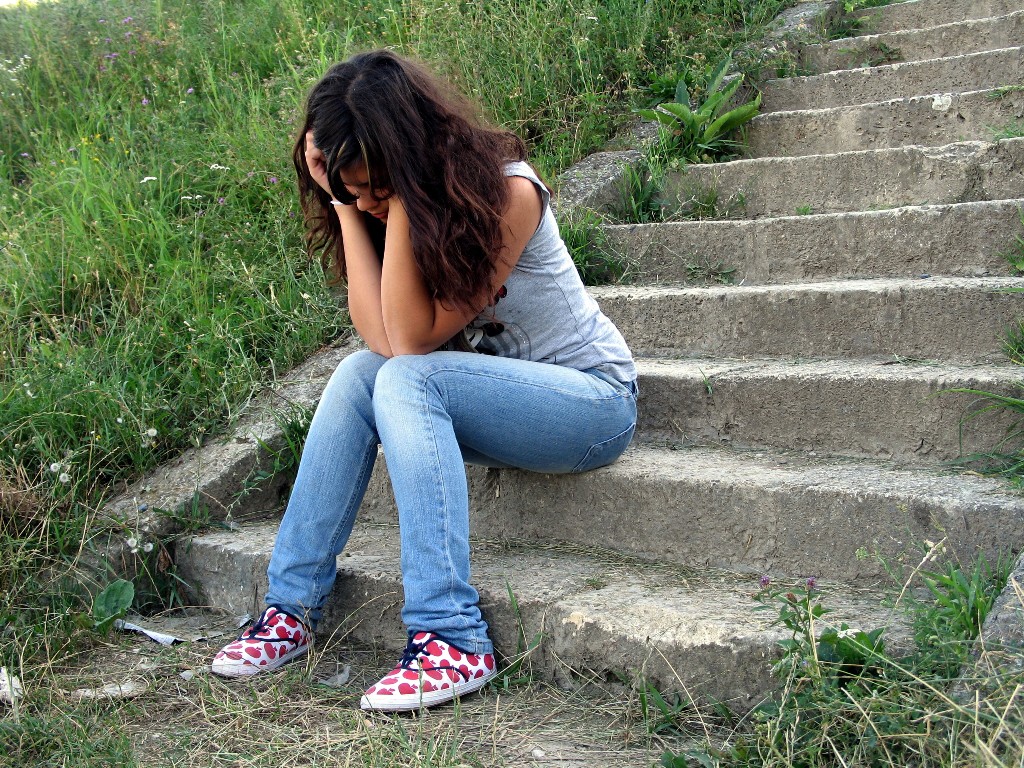 Without sad, there could be no happy. Ironically, without sadness, there would be no depression. Persistent sadness is the most common symptom of depression in teens. All teens experience sadness some time in their adolescent life but its good to know when the sadness is more than just a response to an event. Sadness is defined as an emotion similar to feelings of helplessness, loss, grief, misery and sorrow. Feelings of sadness can be normal in these conditions but are usually temporary with the possibility of declining within a short period of time. If sadness continues longer than 2 weeks, it could be teen depression.

What is depression? Depression is a dropped level of happiness that may continue for long periods of time. It can interrupt a person’s daily routine giving no reason for the intensity of feeling “blue”.  It can be associated with the same characteristics or moods of sadness. The difference is the intensity and length of time one experiences this sadness or helplessness.  Symptoms of depression in teens may vary. It can be a combination of hopelessness, feelings of being helpless, guilt, fear, anger, anxiety, despair and an increased loss of interest in pleasure, grief or pain. Teens may show more anger and irritability than adults when depressed. Depression can be harmful to the body causing brain dysfunction which can ultimately lead to suicide attempts, or suicidal thoughts and tendencies. There are symptoms parents can watch for in their teen before the teen reaches a point of no return.

It is not uncommon to watch teens change their moods or emotions. It is quite typical for a teen to become overwhelmed by school, peers, and family obstacles. Teens go through phases which can be categorized as “growing pains” and are often taken lightly. This can be a tragic mistake if persistent symptoms of teen depression are ignored. It is important for parents to know the difference between depression and normal reactions to sadness.

Signs to watch for:

Although most teens have some or all of these symptoms at some time or another, continued symptoms over long extended periods can be reason to believe they are suffering from teen depression and should seek professional help. The more observant and in tune a parent can be with their teen’s behavior, the less severe depression could be. There are other symptoms of depression that may appear to be signs of a more rebellious teenager rather than that of depression. Parents need to be aware that unruly behavior could also be a cry out for help from their teen.

Other related symptoms of depression:

Prolonged sadness is the stepping stone to depression. 30% of all teens with symptoms of depression go untreated. Teen depression untreated can lead to fatal consequences. Learning the differences between sadness and depression could improve the statistics of teen suicide. Teens are emotional creatures but may be sounding out the trump of despair and desperately need someone who will listen. Sadness disappears over time but depression remains without proper treatment. Go ahead, have a good cry but if it lasts longer than 2 weeks, find someone who can plug up the river and give some peace of mind to all parties involved.

It is normal for a teen to be sad once in a while. After all, teens are dealing with all kinds of emotions and changes in their hormones and physical development. Problems may seem magnified to a teen who is dealing with the pressures of school, friends, work, and home life. What may seem like a mole hill to an adult, can be a mountain to a teen. Working through problems together with your teen can make a world of difference and give them the stability or strength they need in an ever changing world. Teens in turn should talk to someone they trust about their feelings of sadness and depression. Happiness is the goal and unfortunately cannot be achieved without the experience of sadness. Sadness is like a river leading to a pool of happiness but if left to run wild for long periods of time, can be like the depth of the ocean swallowing the teen through their sorrow and pain. There is hope and awareness is the key for treatment.